With a video surveillance system in place, you don’t have to worry about what’s going on at your facility.

Video surveillance, also referred to as closed-circuit television, uses video cameras and transmits their signals to a specific monitor or set of monitors. The video feed from the cameras only goes to the designated virtual location and isn’t accessible to anyone else, which is why it’s called closed-circuit television. Video surveillance is an effective method for crime prevention in various applications, including in commercial settings. When you walk around a retail store or office building, you may notice the placement of camera units near the exterior doors and other vulnerable areas. 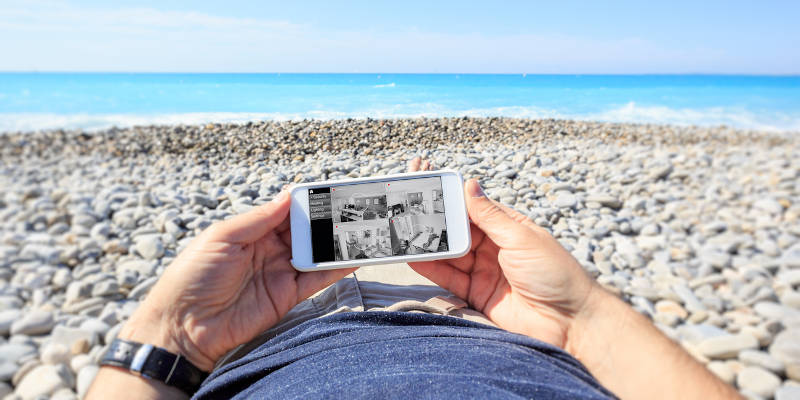 If you’re responsible for the security of a facility in Lake Norman, North Carolina or one of the nearby cities, our team at Safe N Sound Inc. can provide a video surveillance system in the space. We start the process by performing a full-scale assessment of the facility. During this step, we’ll talk to you about security concerns and identify the vulnerable areas of the facility. From there, we will create a customized surveillance system that includes the addition of one or more surveillance cameras.

Let Our Business Protect You

With a video surveillance system in place, you don’t have to worry about what’s going on at your facility. You can always have eyes on what’s going on there, as well as have access to valuable video footage if a crime does occur on the property. If you’d like to take the next step in getting a video surveillance system at your commercial facility, give us a call. We’re confident in our abilities to meet all of your security needs.

At Safe N Sound Inc., our mission is to make intruders and unwanted visitors think twice about trying to enter your business’ location in Lake Norman.

Sat/Sundays closed except for emergency services

"Wonderful people to deal with. Installation was perfect and very accommodating. Would highly recommend this company."

"We’ve used Safe n Sound for over 5 years and 2 houses. Professional, prompt service, knowledgeable and we wouldn’t trust anyone else with our home security."

"Safe N Sound team is knowledgeable about new products and responsive. Ms. Ferlin works with you to find a offering to fit my budget."

"Cyndee at Safe and Sound is awesome. When I call in I talk to Cyndee . She always answers my questions and is familiar with who I am and my system . If you don't want to do a long term contract Cyndee is the person to call."

"Safe N Sound has been a great business partner for my company. They are professional and personable. I was impressed with their knowledge from the initial set up of our system. They continue to provide excellent support"

"Safe N Sound is exactly that the name implies...do feel Safe N Sound with their services! Being self employed and working from home, I feel completely at ease knowing I have them protecting me, my home and my business in more ways than one."

"The team at Safe n Sound did a wonderful job for our business. They were very professional, timely and helped us save money on the project. They kept all appointments on time and anyone needing security or monitoring work should call them. Job Well Done."